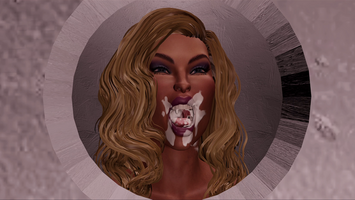 In this sneak peek of a new feature we've been working on for TruXposure VR, we'll be talking about something we've been prototyping for a little while. As a natural progression to all the hardcore animations that we've been adding to the game, we've wanted to include some kind of "climax" animations. And, how else would one close out a nice steamy scene than with a perfectly placed money shot?

So now, after several weeks of coding particle effects, liquid physics, and all manner of technical wizardry, we think we've got a pretty nice "cumshot/facialization system" (man, just typing that seems so lewd) that we think you'll enjoy checking out.

For now, a demo showcasing this new feature is available over at our Patreon (patreon.com/sinarcade) but we will be adding some version of it to our free demo for more people to try out in the coming weeks. The demo, titled TruXposure VR: Gloryhole Initiations, contains a scene with multiple new animations and a brand new gloryhole dungeon environment!

You call the shots.